To further encourage sustainable modes of commuting amongst staff, the Craddys team have built a brilliant new bike shelter. The task was led by Director Robin, who enjoyed using the skills he’d learnt in a previous life as a site labourer to rally up 15 eager volunteers to help build it.

The grand opening event of the bike shelter was held on the 9th May. Leading up to this everyone was encouraged to enter into the naming and photo competition, and an electric bike was provided on a trial basis giving staff a chance to test drive it. As well as helping staff tackle the many hills Bristol has to offer on their commute, the electric bike has done lots of laps of the car park!

On the day of the grand opening, Craddys hosted 2 cycling advisors from TravelWest who provided resources and chatted to staff promoting the benefits of cycling; and a ‘Dr Bike’ which involved a trained mechanic offering a bike tune-up service. At lunch time a buffet was served outside whilst the voting went ahead to select the winning name of ‘The Craddys Shack’, as well as the very tight vote to award the best photo which is accompanying this article. 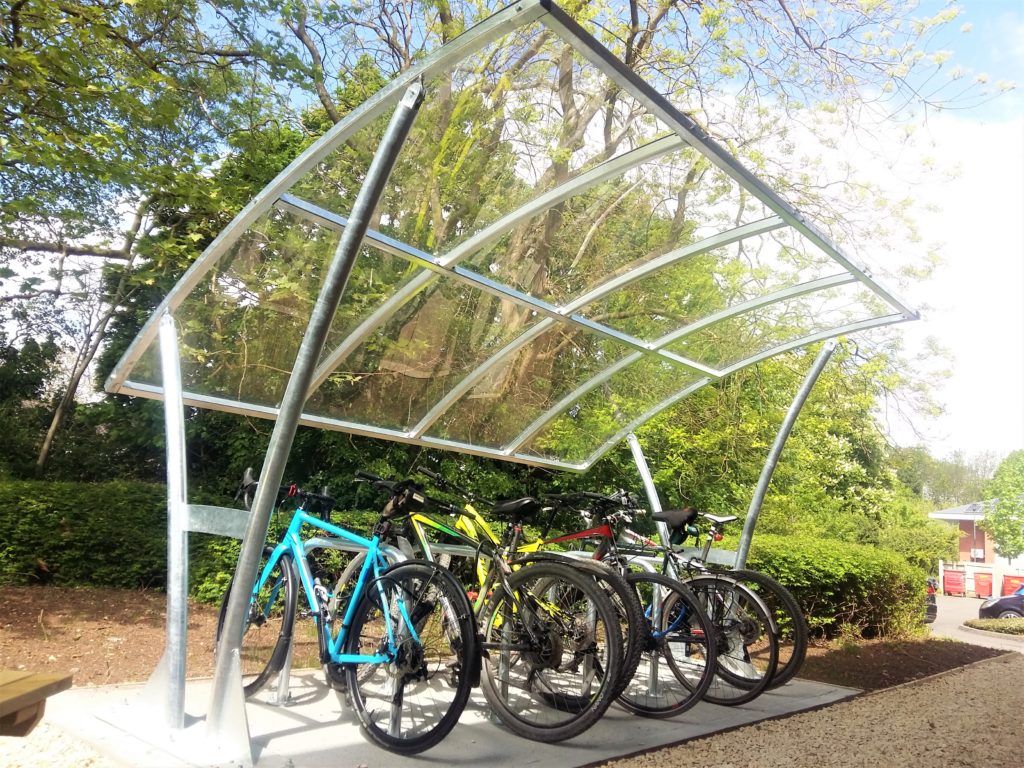